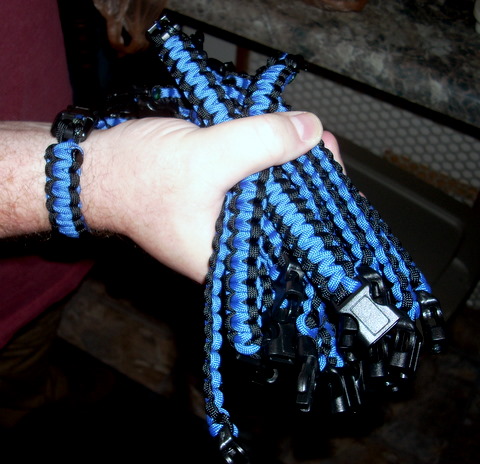 Eleanor was born in Louisville on June 20, 1921 to Mildred (Rapier) and Harry A. Ropke. As a teenager, Eleanor was a champion swimmer and enrolled at the University of Louisville after graduating from Loretto High School. During World War II, Eleanor worked as an aircraft inspector of bombers after they were fitted out in Louisville.

Eleanor moved to Florida in 1962 where she made a living in real estate and pursued her passion by supporting veterans and civic organizations. She was a member of the Woman’s Club of Winter Park, the Winter Park and later Orlando chapters of the Daughters of the American Revolution (DAR) and of the Central Florida Veterans Inc. Eleanor committed thousands of hours of service to veterans and American Indian causes and, in 2003, received the National Veterans Volunteer in Extended Areas award from the DAR National Society in Washington, D.C. She attributed her interest in veterans’ affairs to her father who served in both World Wars and received the Navy Cross for valor.

Eleanor is survived by her sister, Joan Ropke; sister-in-law, Anne Ropke; and cousin, Patricia Updegraf, all of Louisville. She leaves behind her daughter, Lynda and sons, George and Andrew, all of Florida; son, Richard, of Maine; four grandchildren and one great-grandchild.

She requested any donations in her memory be given to the Heifer International Society or the Scholarship Fund of the Orlando Chapter of DAR.
Care for the MacDonald family has been entrusted to the J.S. Pelkey Funeral Home of Kittery, ME.

Â Â Â Â Â Â Â Â Â Â  The Junction City performance, one of only two appearances in Oregon,Â is sponsored by DariMart, Nielsen Appliance, Scandia Village, the Danish Brotherhood Lodge #348, and the Junction City School District. The Danish Team will lead fitness workshops with youth in Junction City Elementary, Middle and High Schools, Twin Oaks Elementary and provide a master class / demo at the University of Oregonâ€™s Dance Department on Nov 29th at 12noon in Gerlinger Hall. The UO Acrobatics and Tumbling Team will exchange skills with the Danish acrobats, and students of the Scandinavian Studies Program will meet their Danish counterparts for a day on the UO campus.

Â Â Â Â Â Â Â Â Â Â  â€œWe are thrilled to bring the National Danish Performance Team to Junction City and Eugene. Their show is breathtaking and world-classâ€, says NDPT U.S. coordinator Mia Hansen. Â Hansenâ€™s parents, Erik & Inge, first visited Junction City in 1947 on a tour with Flensted Jensenâ€™s Gymnastic Team, the predecessor of the current National Danish Performance Team. Inspired by her parents, Mia became a choreographer after achieving her Bachelorsâ€™ degree in Dance at the University of Oregon in 1981. Hansen reconnected with Danish Gymnastics in 2006 and has been assisting the Teams US Tours ever since. She serves on the Board of the Danish Immigrant Museum in Elk Horn, Iowa, the fiscal sponsor for the NDPT U.S. Tour. The Danish Gymnastics and Sports Associations www.dgi.dk is the umbrella organization promoting the NDPT 10 month world tour.

Â Â Â Â Â Â Â Â Â Â  Denmark has a long tradition of gymnastics and sport for all. Many Danish Teams have toured the world, often touring through the Northwest to Danish communities like Junction City.Â  An original member of the 1947 Team, Gerda Rasmussen, is a Eugene resident who also immigrated to Eugene in the 1950â€™s and will be a special guest at theÂ NDPT show Connections

Â Â Â Â Â Â Â Â Â Â  During the visit to Junction City & Eugene, the NDPT will offer workshops to school children and University students as part of their focus on physical fitness and healthy lifestyles. A workshop is planned Nov 29th at Twin Oaks Elementary School, on the invitation of Principal Larry Soberman. Twin Oaks will be one of a few lucky schools to receive a visit of the top level Danish gymnasts during their visit. Junction City Schools will be treated to a full day of workshops on Nov 30th and will host the public performance of Connections, an acrobatic, tumbling, dance and gymnastics show, at 7pm in the Junction City High School gymnasium. Jill Case, Junction City School District Public Information, is thrilled to bring the Danish Team to the students and community in Junction City. â€œItâ€™s a once in a lifetime opportunity for our students,â€ said Case.

The US Tour is presented in collaboration with the Danish Immigrant Museum, an International Cultural Center,Â dedicated to preserving and promoting Danish culture in America.Â Â To learn more visit www.ndpt.dk Â and www.facebook.com/NDPT.USATourÂ and www.danishmuseum.org