Laurent Fignon, a Frenchman who twice won the Tour de France but was defeated by American rival Greg LeMond in arguably the event’s greatest race, died Tuesday after a battle with cancer, the French Cycling Federation said. He was 50.Fignon announced in June 2009 that he had advanced cancer of the digestive system and was undergoing chemotherapy.

Fignon had worked as a television commentator for the state-backed France 2 network since 2006 â€” and right through this year’s Tour, which ended barely a month ago. His voice was gravelly from his illness and treatment.

“He was a great champion who used a combination of talent and will to win the Tour de France twice,” French Cycling Federation president David Lappartient told The Associated Press. “He had an iron will, and was also a very intelligent man.”

“I will never forget the early 90s when I first turned pro, of course terrified of these ‘older guys,’ Laurent was always a friendly face with words of advice,” Armstrong said in a statement. “He was a special man to me, to cycling, and to all of France. Laurent, we will all miss you.” END_OF_DOCUMENT_TOKEN_TO_BE_REPLACED

This morning I saw TNT’sÂ  Leverage signs, directing people under the Sellwood Bridge, where they were going to be filming an outdoor scene.
This one apparently was to be on a railroad track, and they needed to used the paved area of the Springwater Corridor for their equipment.
On this particular morning, we were driving so it didnt matter much to us,Â  but I am sure the temporary closing of the path will be affecting many cyclists.

This reminded me that a few weekends ago, Honey and I took a ride out in Clackamas.Â  I picked the route on this day since I wanted to go by the warehouses that are used for the indoor filming of Leverage.

Their filming location is no great secretÂ  in fact you can find them at 12438-12442 and 12458-12460 S.E. Capps Road.
They even put up little yellow signs helping people find them.
But otherwise, it is a pretty non-descript setting. 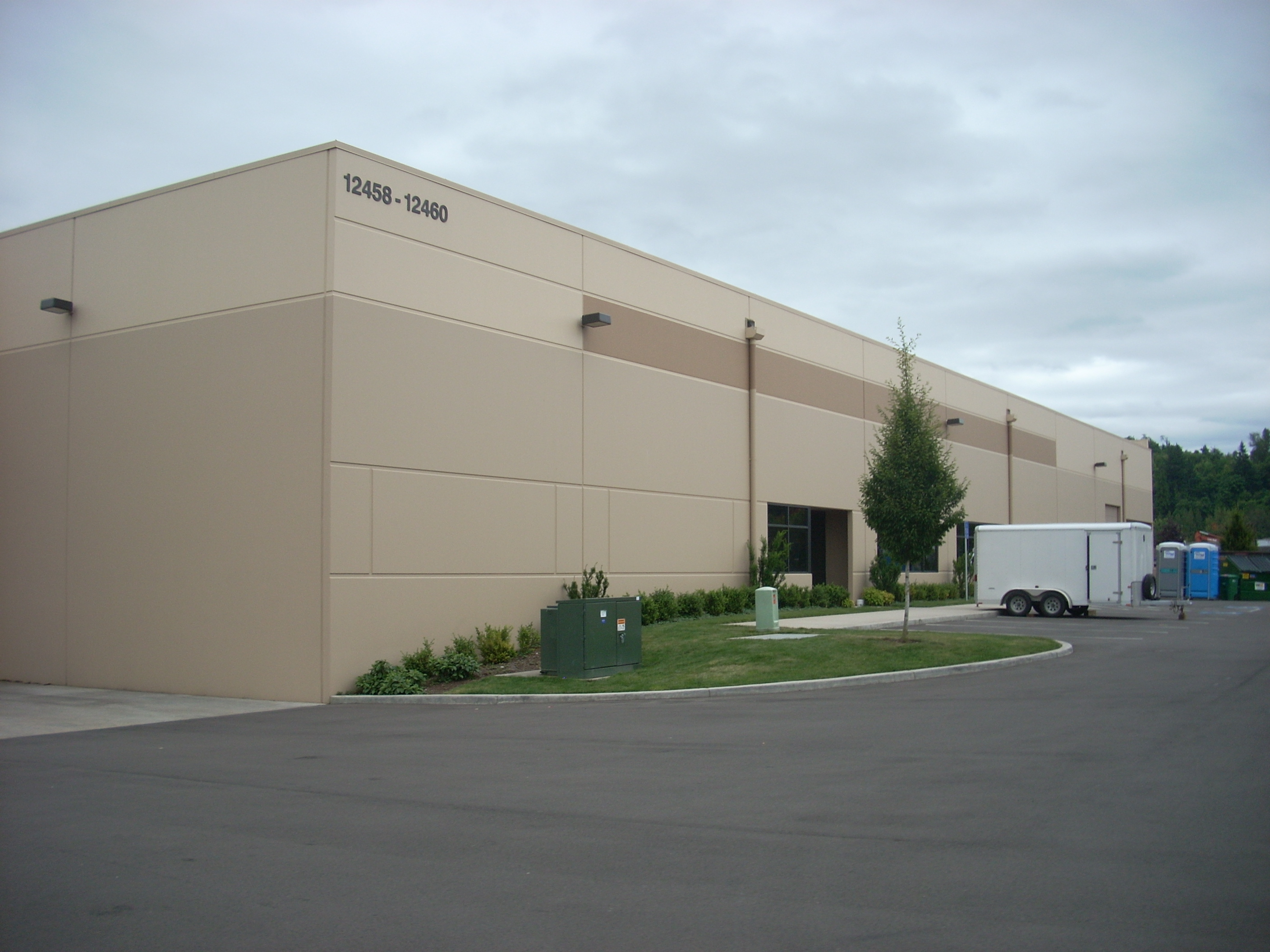 On this day there was no one around.
We know this because we found the back parking lot where all the extras have to park. It was empty. 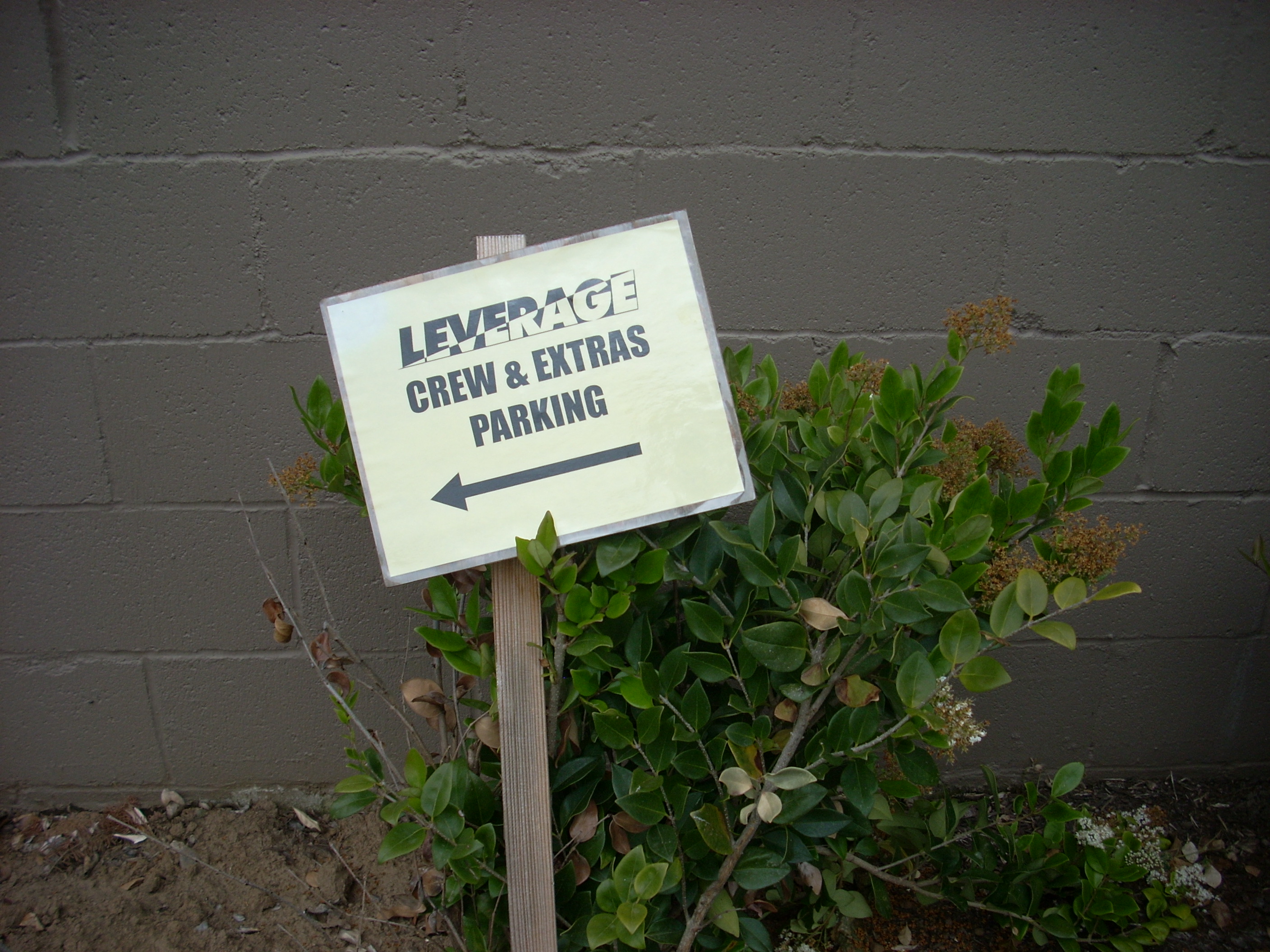 No stars about either. Their parking lot is also empty. But it has nice plants and in a slightly nicer location.Â  Even their signs were better. 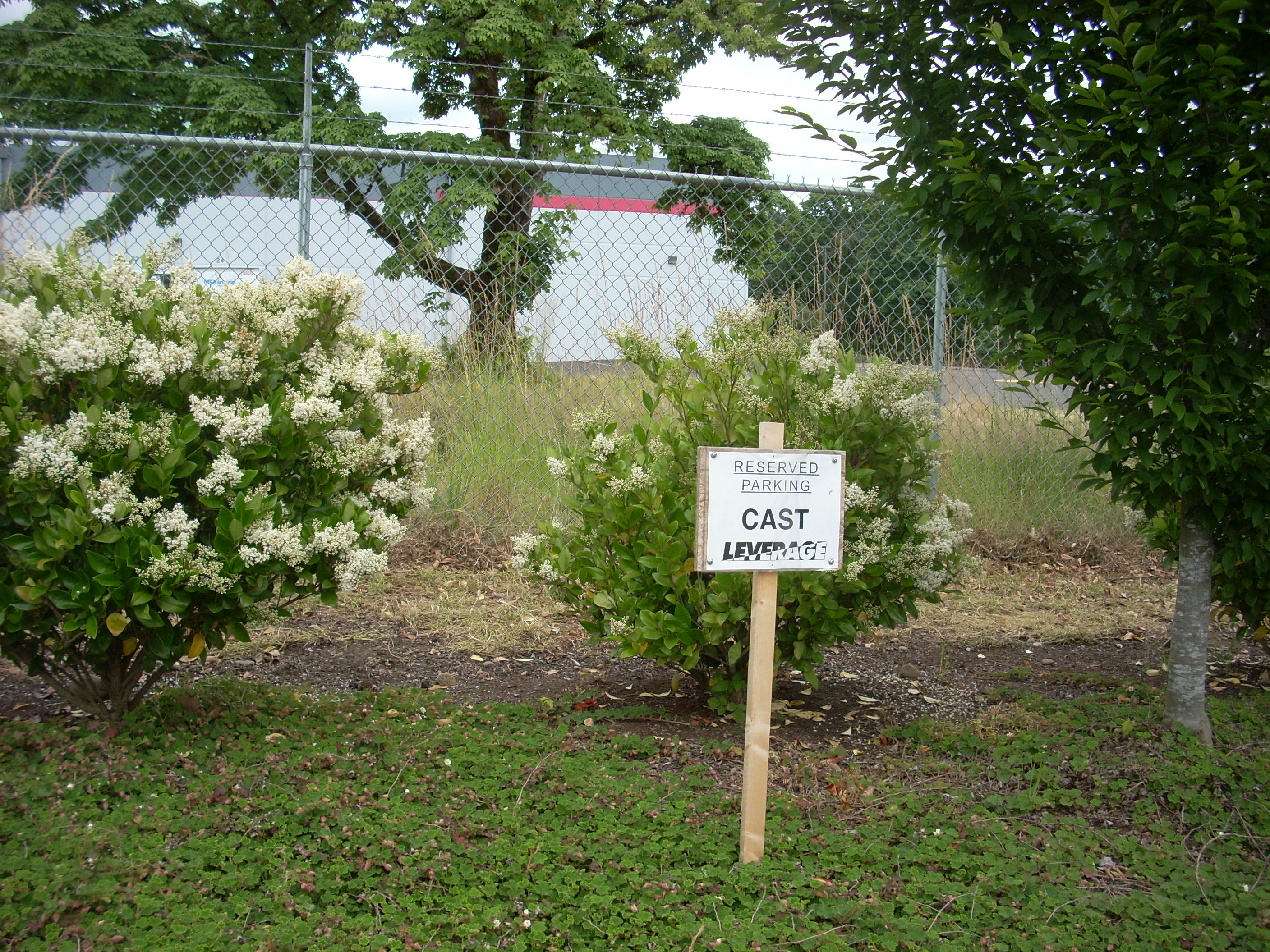