So, here we are in the evening, catching up with the final significant stage of the 2010 Tour de France. Thanks to our Tivo, and the Versus channel, we have seen every minute of the 3 week Tour de France. But that is a lot of TV hours. In order to fit all this into our daily work lives, we have adopted a schedule that includes both training and relaxing. Every morning at about 6:00 am, we climb on to our training bikes, as the Tour starts at 5:30. Using our tivo we can see over an hour of the tour in about 45 minutes. We can spin on our bike trainers prior to work while we watch to tour. But, just watching the race is not enough. We needed some encouragement to work hard and increase our heart rates.
To do this, we have created the Phil Liggett/Paul Scherwen training game.

Phil and Paul are famous for their catch phrases. So, every time they use a catch phrase, or other events occur, we then spend a minute either sprinting, or doing a standing climb.

We start these one minute heart increasing intervals whenever they use any of their catch phrases of:

Also whenever this happens

Â Cycle Oregon Weekend of 2010 started in Monmouth, at Western Oregon University.Â  For this tour Honey wanted an actual bed to sleep in, so we opted for the dorms.Â  Ours happened to be on the third floor, which required hauling all our stuff and bikes up and down the stairs, but it also came with its own bathroom, so that was a good thing.Â  We stayed in the “Gentle” building. How nice. 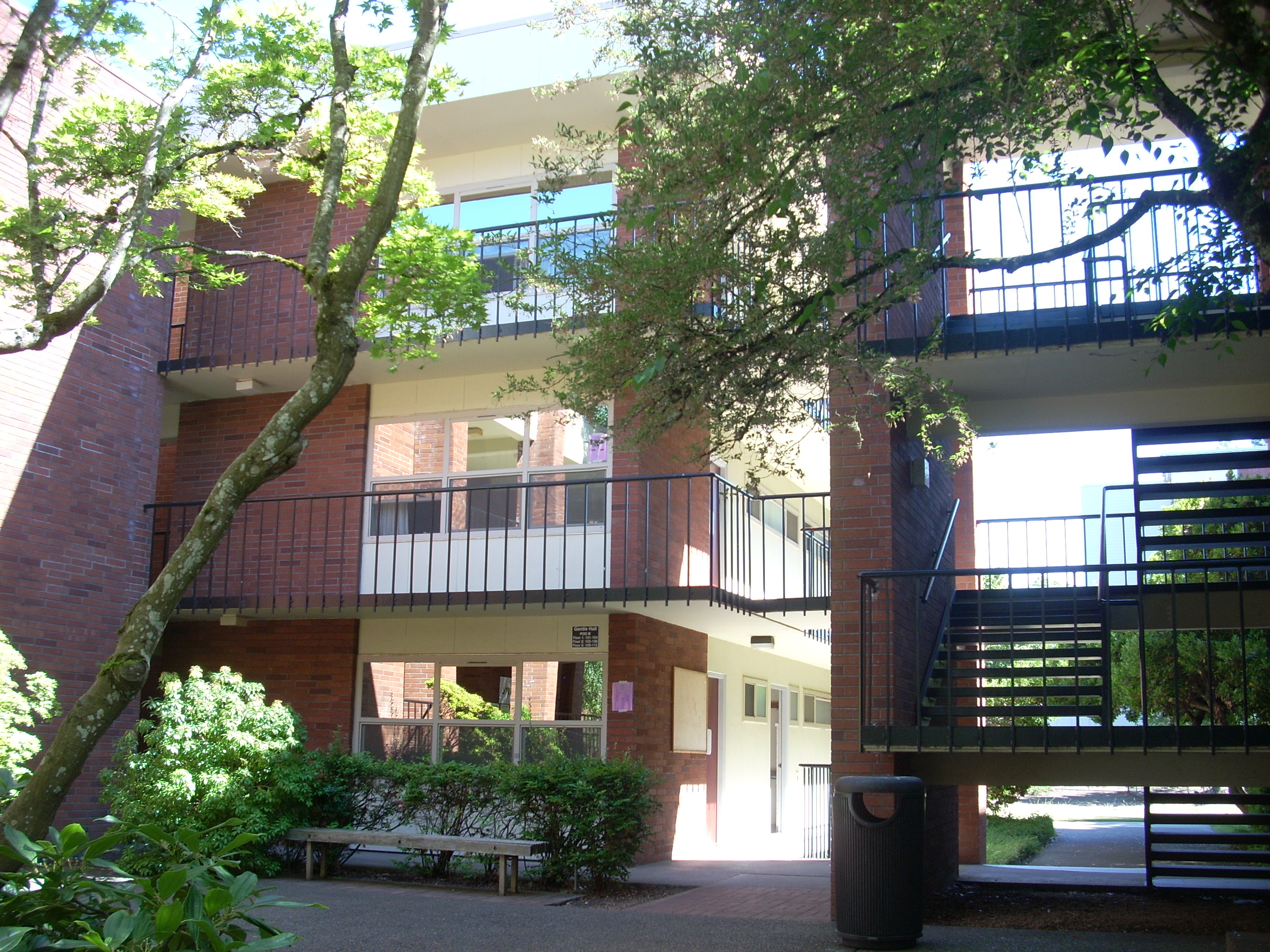 The very first stop of the day came at 9 miles.Â  Really way to early to really be hungry since we had breakfast just before we left.Â  But, as a family friendly ride, I imagine it was appropriate.Â  We did have some seriously steep ass climbs just prior to the stop, so it seemed about right.Â  The stop was at the Ankeny Vineyards which has a very nice garden and public area. Their wine tasting room was open, but since it was only 9:00 am, and with 69 more miles to ride, it seemed just a tad early so we skipped that. 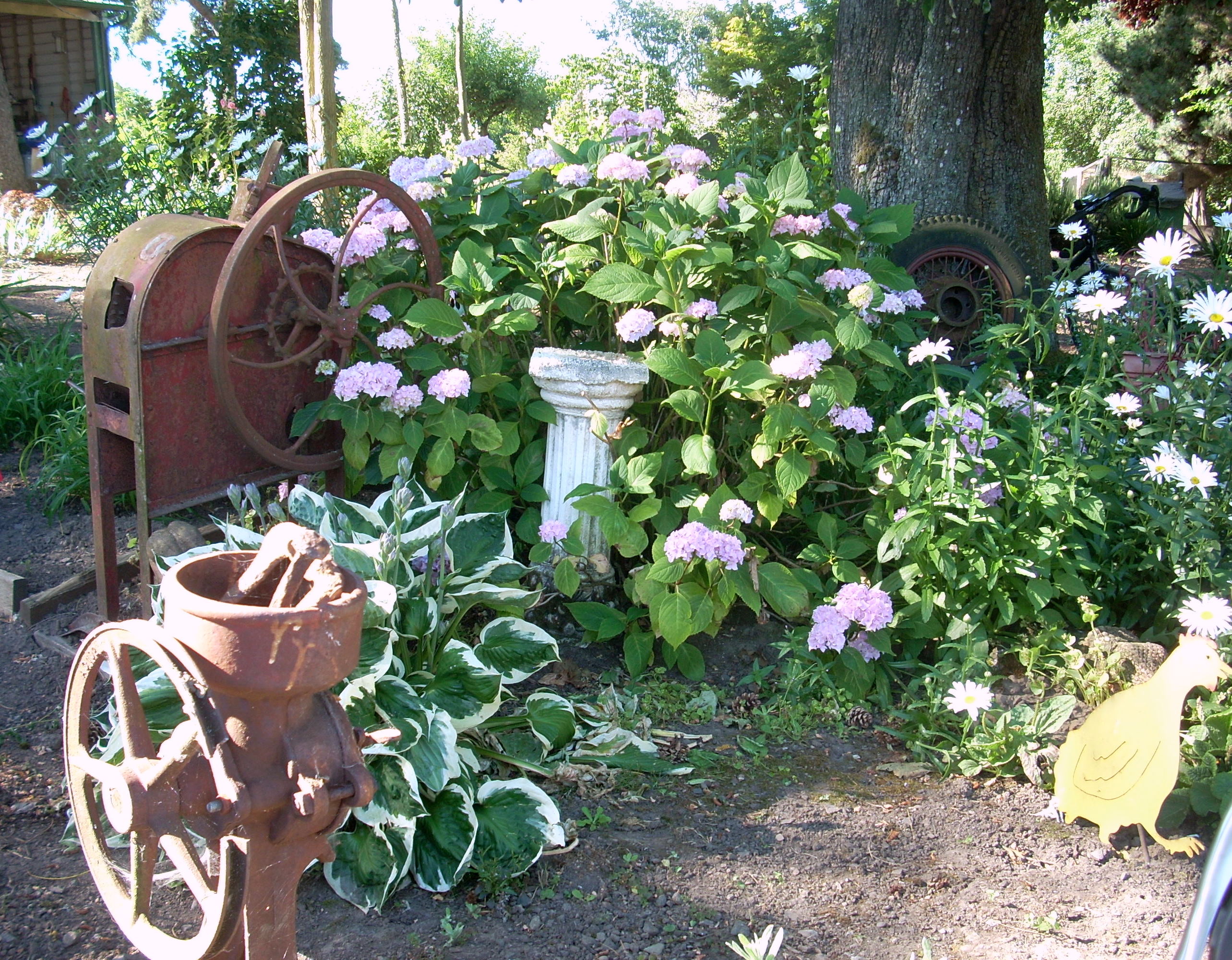 On our ride back into Monmouth, we detoured south, for a rest stop at Sarah Helmick state park.Â  This bridge is adjacent to the park, and it crosses the Luckiamute river. 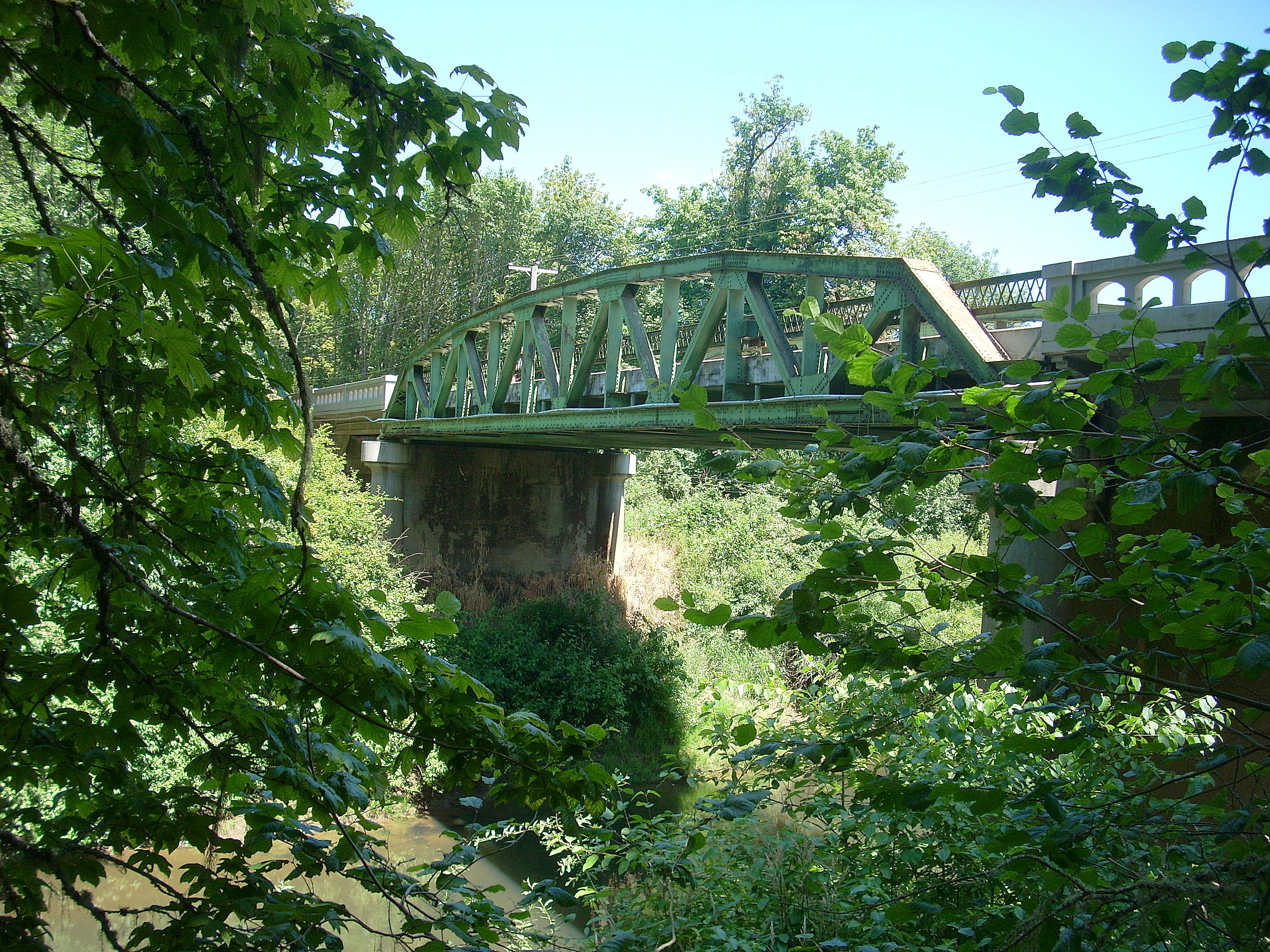 This is an old barn in the farmlands east of Burns Crossing. 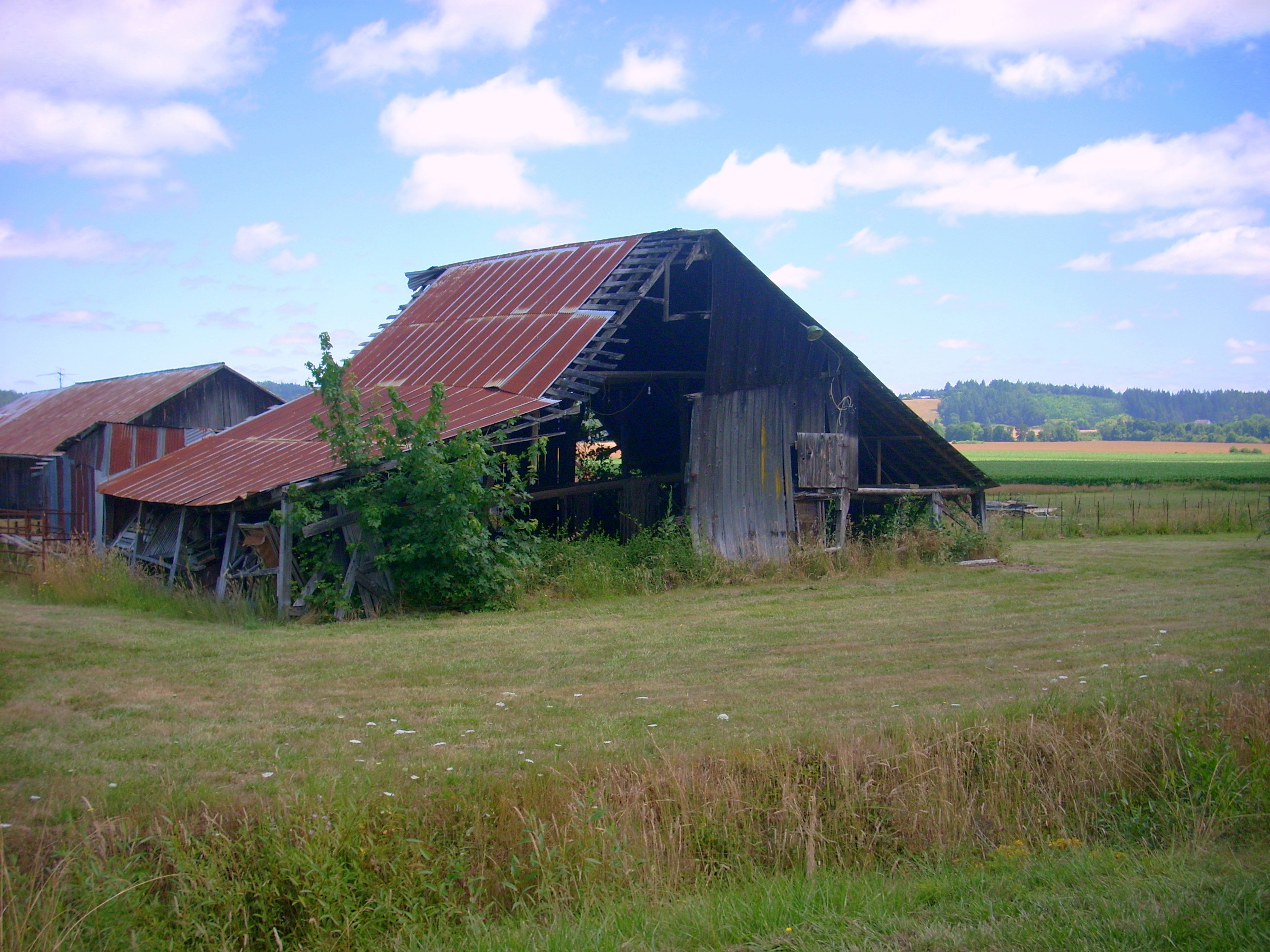 Not all folks out in the country are happy to have people just drop by. 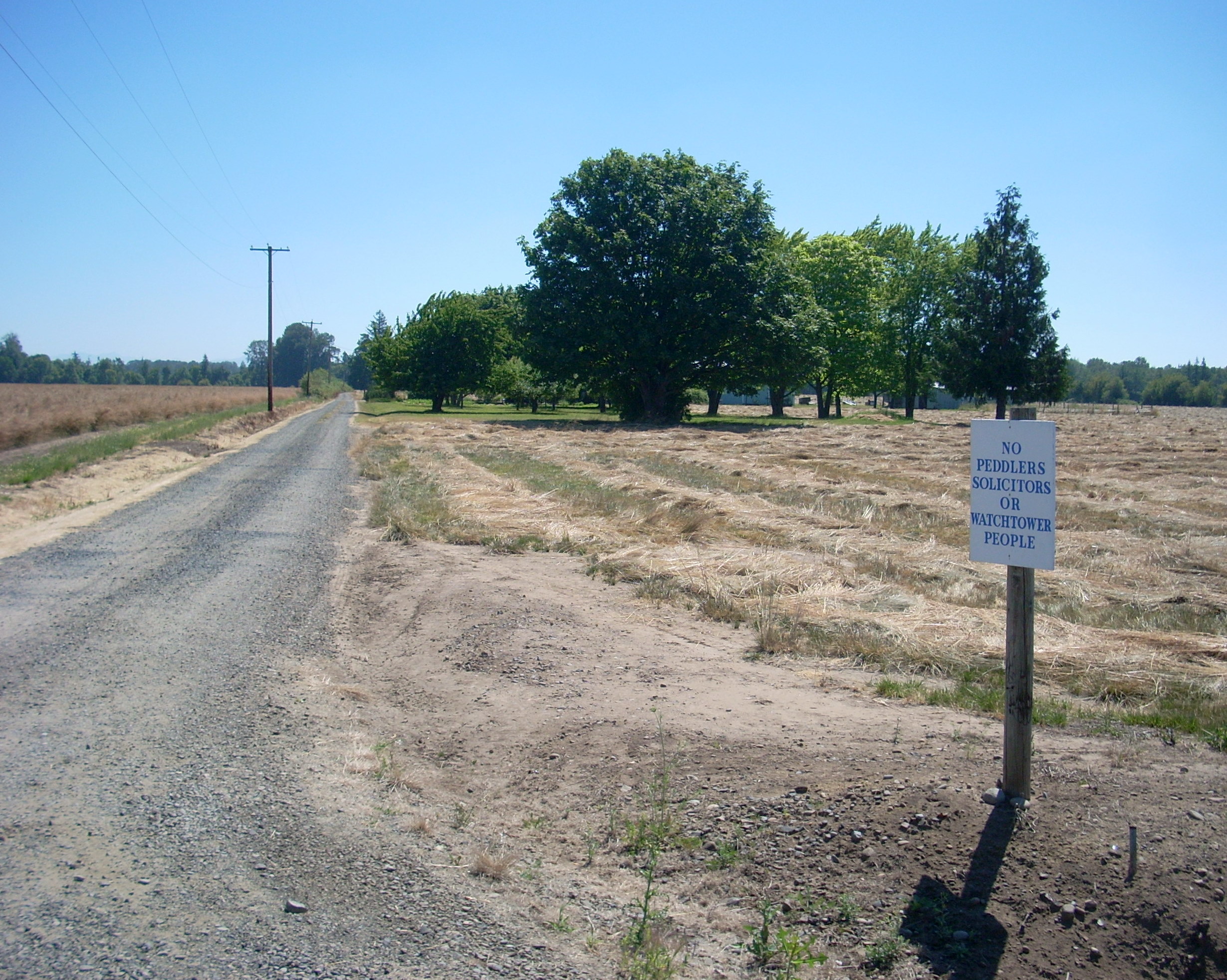 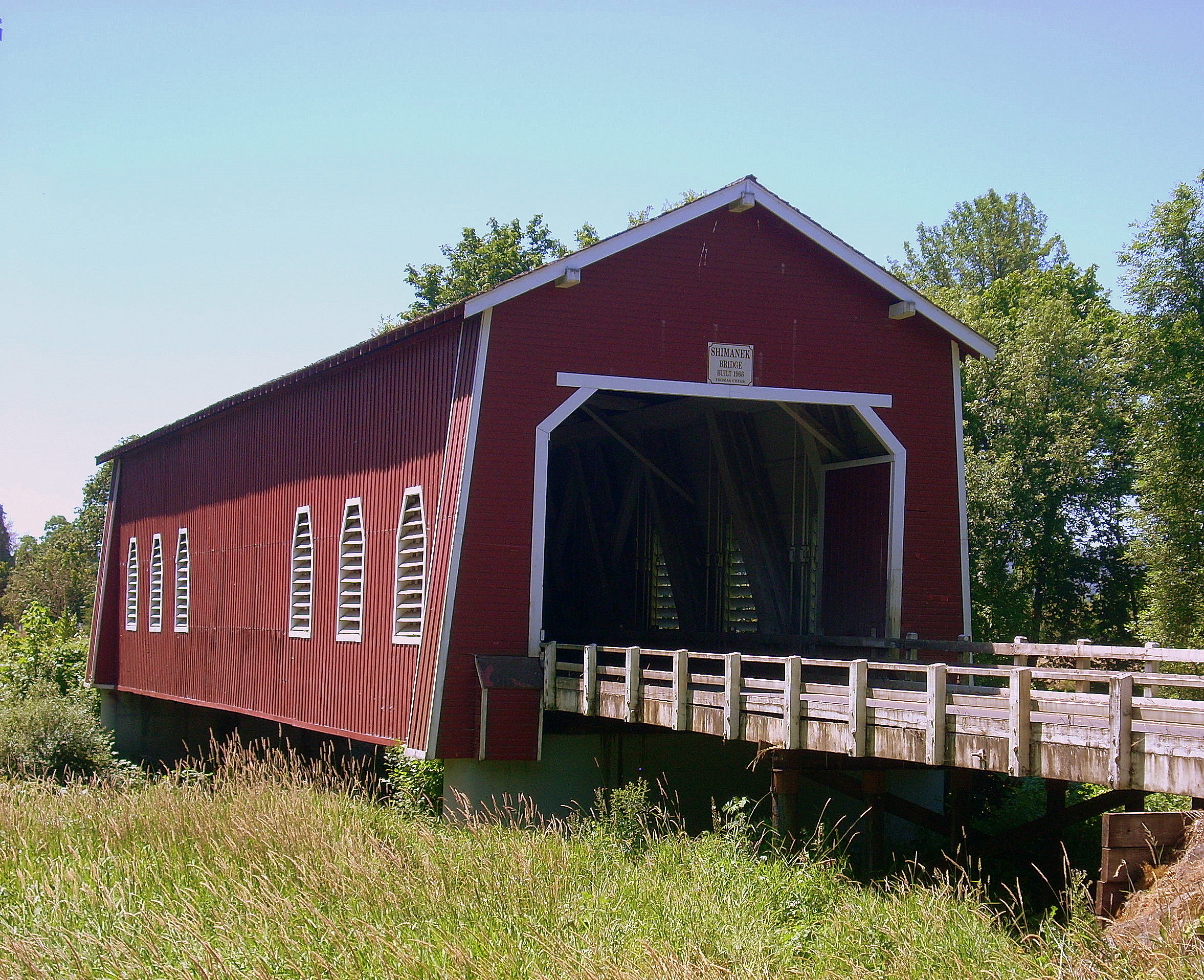 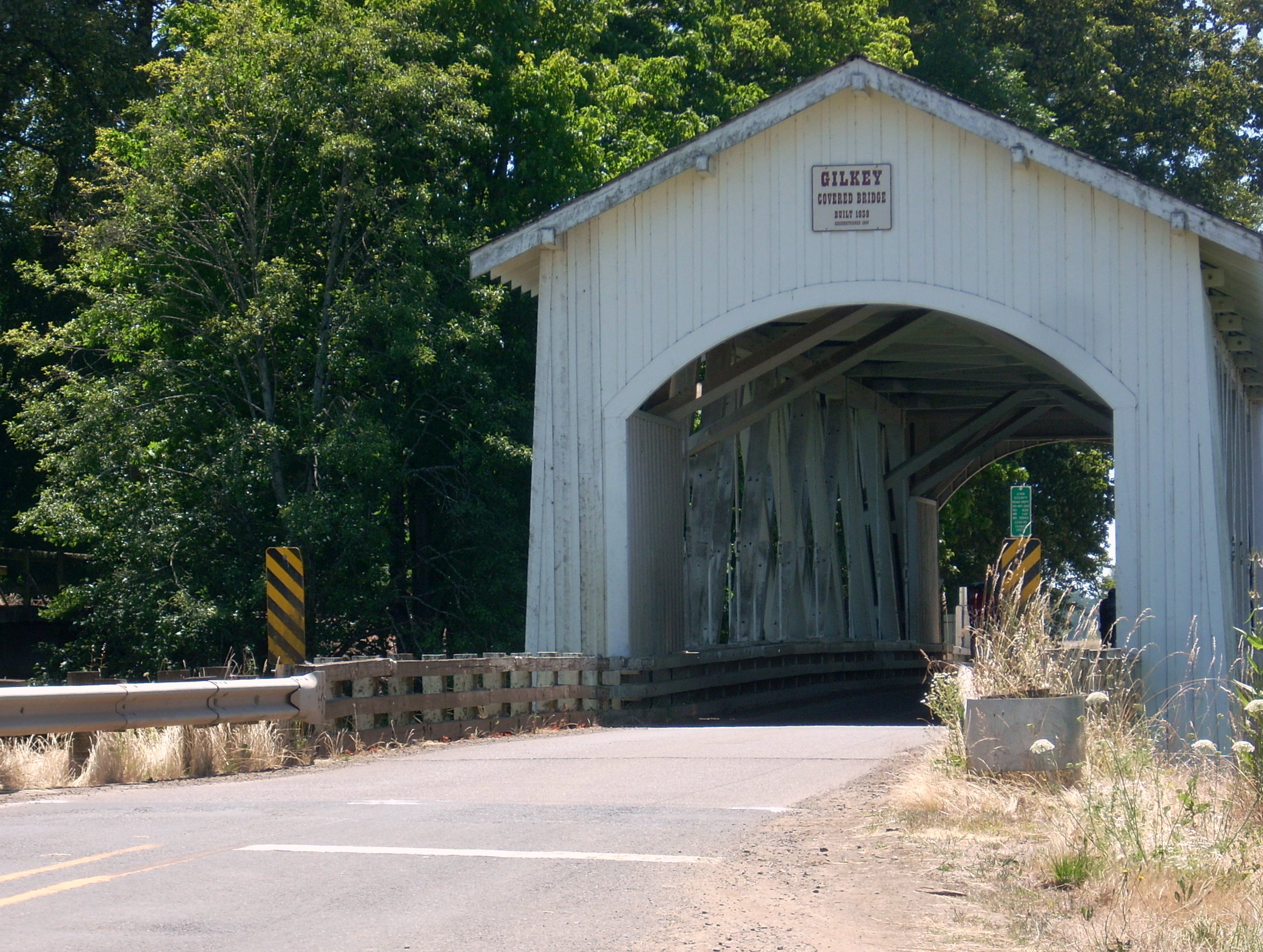 The Buena Vista ferry crosses the Willamette river a few miles south of Independence. We came up to it just as it was heading across the river.Â  On the next trip it took the next group of riders, with the operators cutting us off, just before we boarded. We made it on the third trip.
It can carry four cars, or, approximately 60 bikes.Â  I did notice that they only had 30 life jackets though. 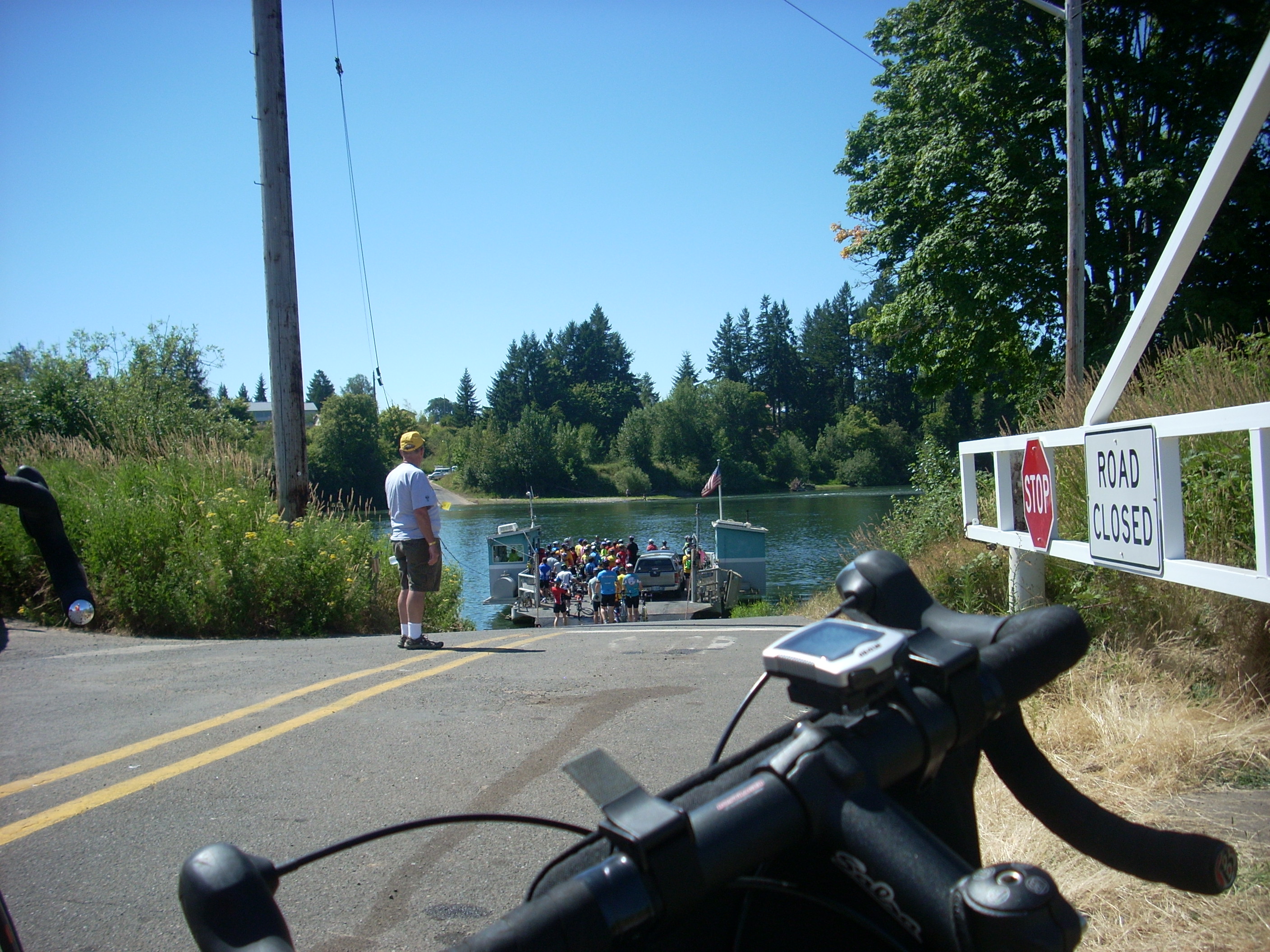 Each night at the main stage,Â  Johnathon Nichlolas gives a welcoming talk, and he is a very good speaker. After announcements, there is music. 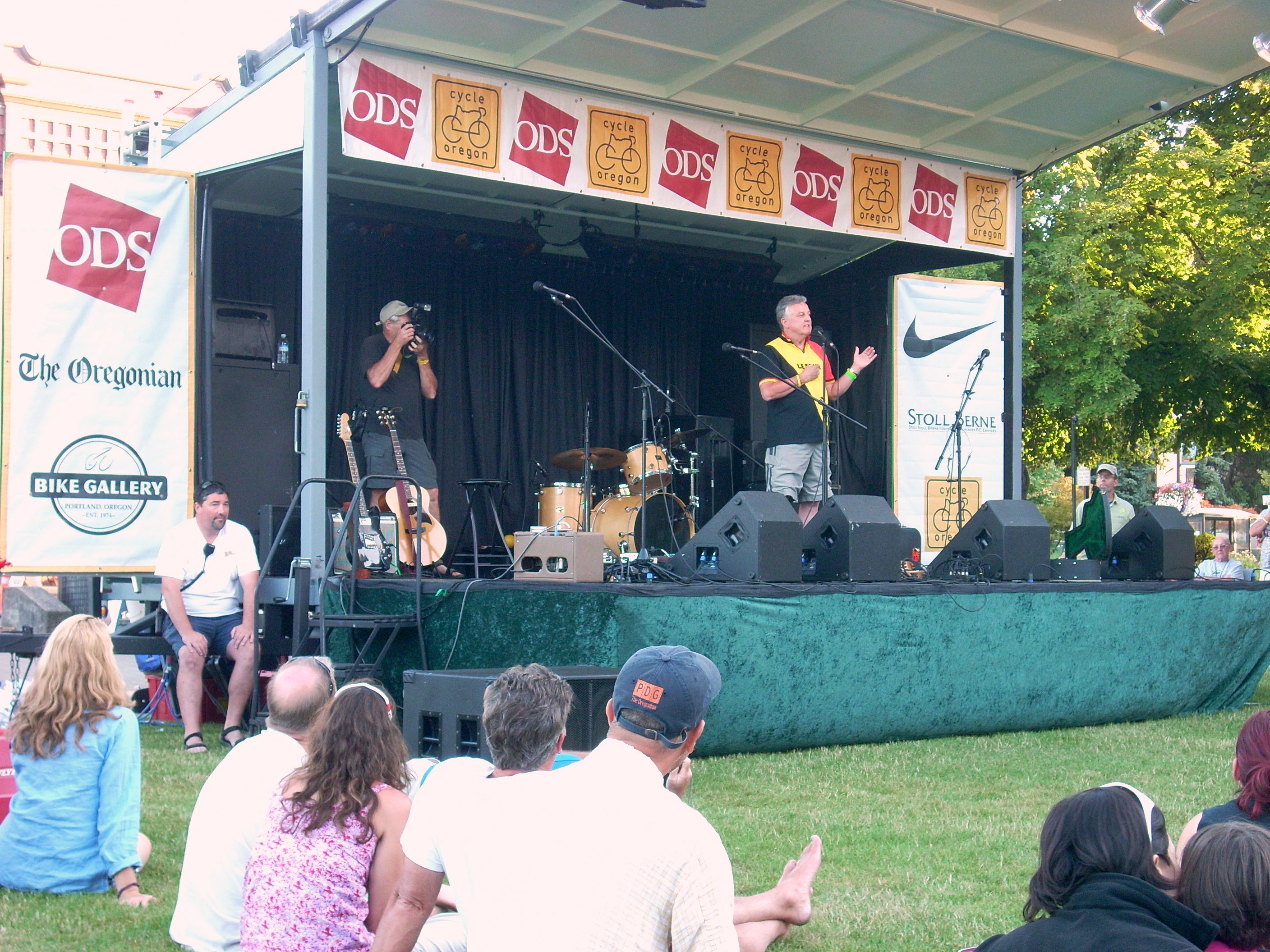 WeÂ  found this nice field of clover one cool summer day during a weekend bicycle ride through the farmlands west of Mt. Angel.Â  It was during the Petal Pedal starting at the Oregon Gardens. Fifty miles on the bikes in the country is a pleasant day.Â  This is a good use of clover, and it looks nice. 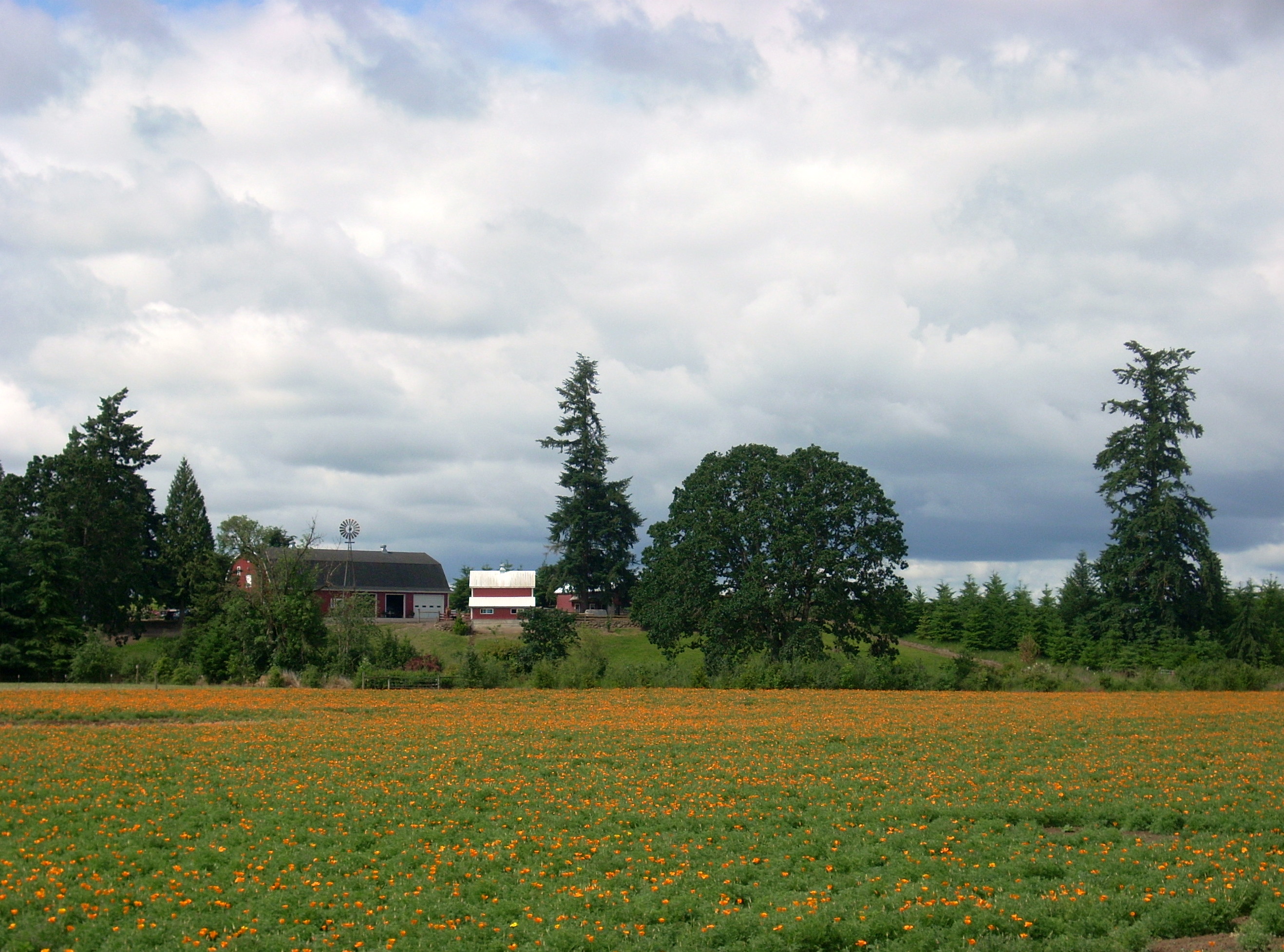 We found this patchÂ  of clover on a very hot summer afternoon. We were coming home from work. A day at work is not as pleasant as a day on the bike.Â  This clover is not good clover. It does not look as good in my yard and it does not have a good use. 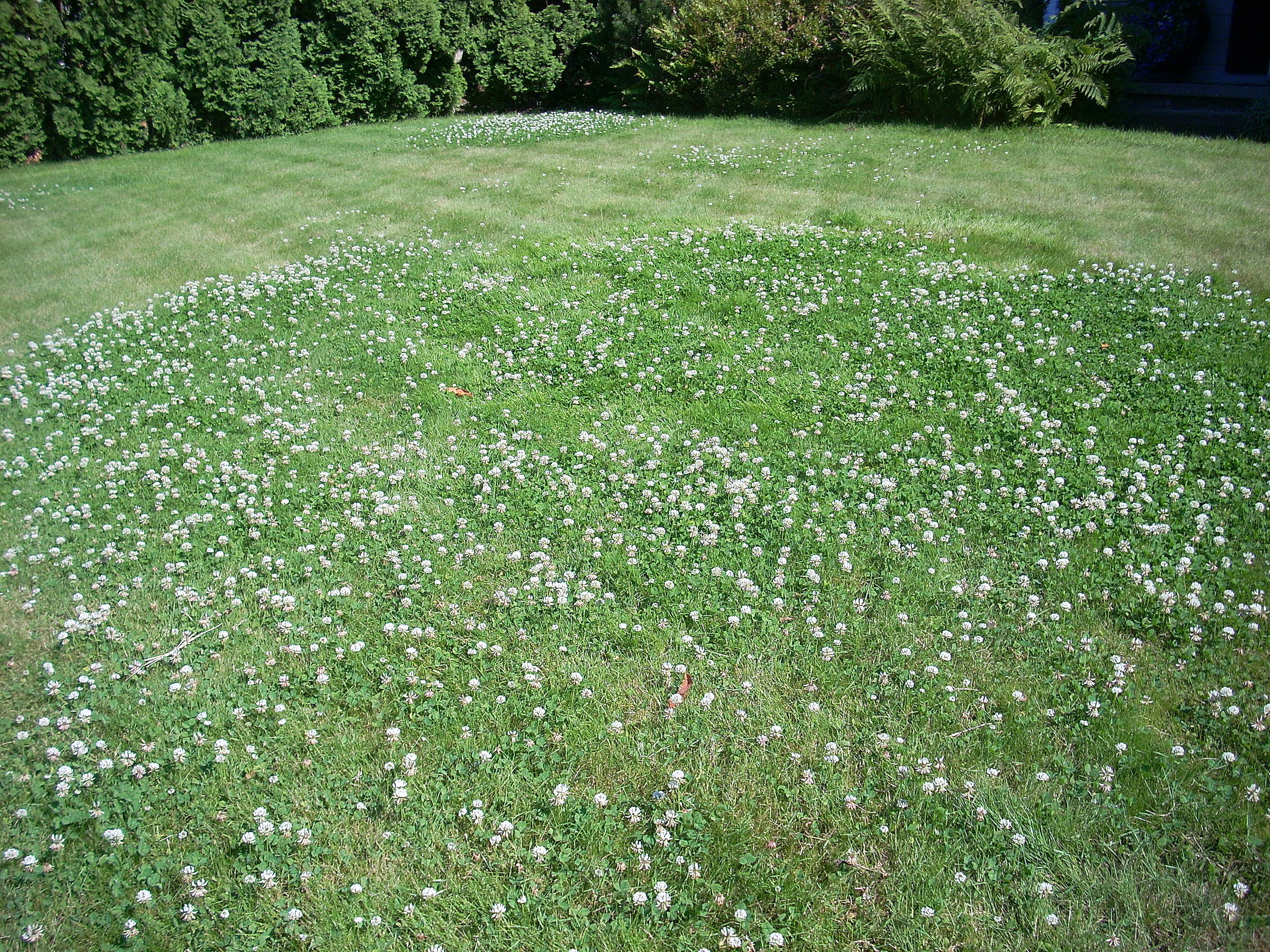 Honey argues that this clover does have a good use, and perhaps it should be left alone for the bees to enjoy.
She does have a good point, but I think we will have to do something to keep it under control. 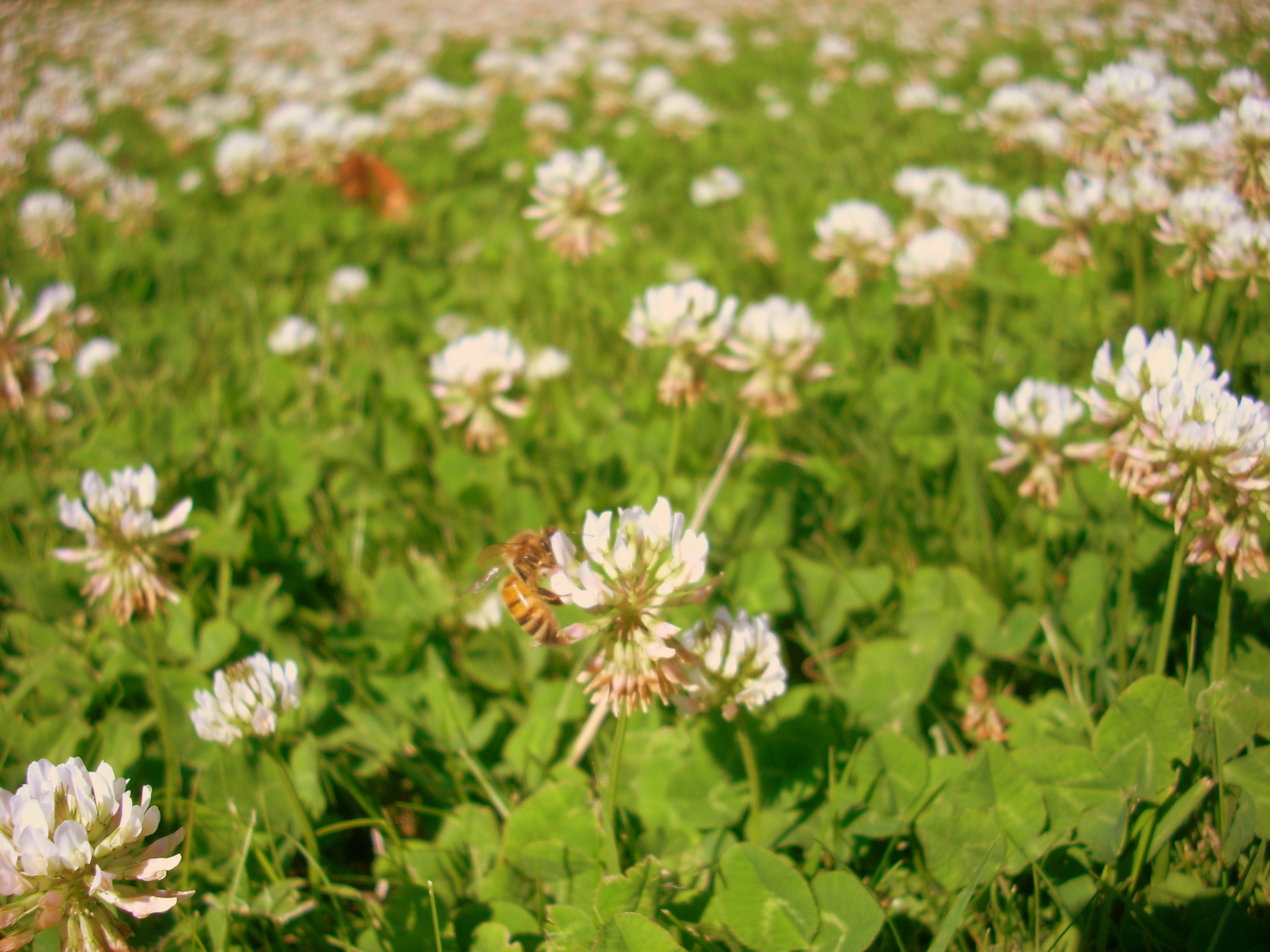